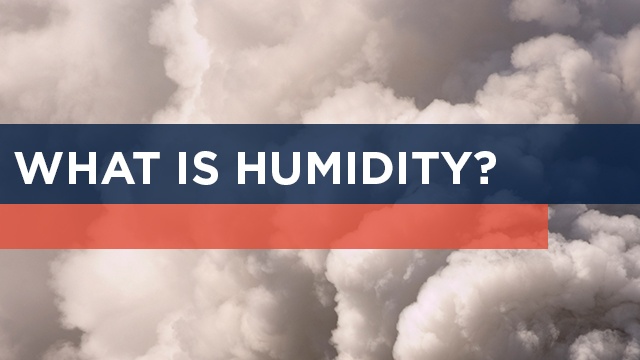 Humidity is a natural phenomenon and is an amount of water vapour present in the atmosphere or in a gas.

Water vapour itself is the gaseous state of water and is invisible to the human eye but we have all experienced how uncomfortable high humidity can make you feel.

Humidity comes from water evaporating from lakes and oceans and since warmer water evaporates more quickly you find the most humid regions closer to warm bodies of water, like the Red Sea, the Persian Gulf and Miami, Florida.

Rather than absolute humidity, weather forecasters as well as engineers and scientists talk about relative humidity (RH) which is a ratio, expressed as a percentage, of the amount of atmospheric moisture present relative to the amount that would be present if the air were saturated. Since the latter amount is dependent on temperature, relative humidity, is a function of both moisture content and temperature.

Joel Sobel, a SVP with Accuweather offers a simple layman’s explanation1. Think of the atmosphere as a sponge that can hold a fixed amount of water, let’s say a gallon (4 litres) of water. “If there is no water in the sponge, then the relative humidity would be zero”.  Saturate the sponge with half a gallon of water; half of what it is capable of holding and that relative humidity climbs to 50 percent.

“The amount of moisture that the atmosphere can hold relates directly depends on the temperature”. Think of a rise in temperature like an increase in sponge size. A sponge that is half saturated with water is at 50 percent humidity.  Now, increase the size of the sponge without adding more water. The relative humidity decreases because the bigger sponge is capable of taking on more moisture, but the same amount of water remains.