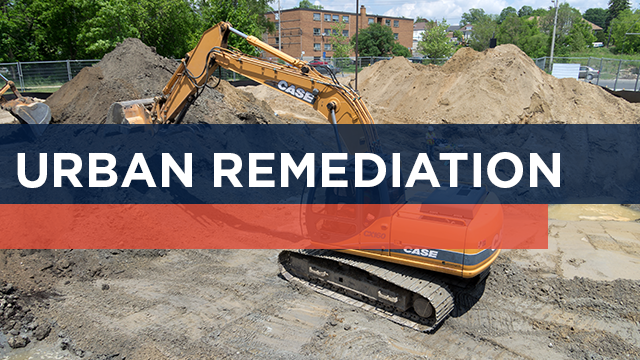 Urban regeneration (revitalization in the US) is a common strategic objective for Governments and Cities alike.  Take the London 2012 Olympics as a prime example.

The enabling works cleaned up an area of East London which was heavily contaminated as a result of former industrial activity.

Contaminants of most concern included heavy metals (lead, arsenic and chromium), as well as organics (such as fuel oil, tar and bitumen), ammonia and localised chlorinated hydrocarbons.

The tools available to the Environmental Consultant for on-site testing include XRF for metals and the photoionisation detector (PID) for volatile organic compounds (VOC) and hydrocarbons.