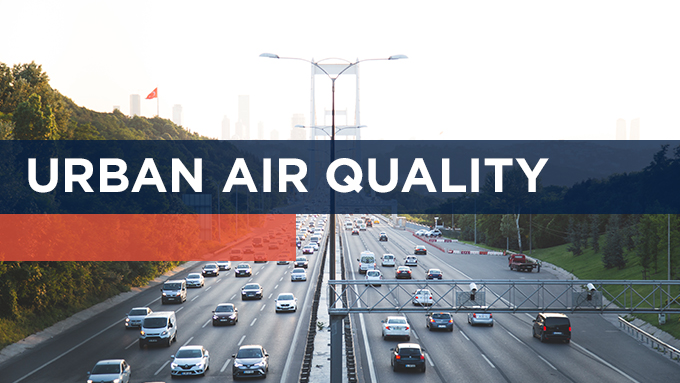 Our atmosphere is dynamic. Biological, physical and chemical processes contribute to ‘clean air’, a gas mix which is remarkably well balanced for life and free of toxic gases and particulates.

Oxygen is at as high a concentration as enables aerobic organisms such as us to breath easily, whilst not so high as to cause unquenchable forest fires. Carbon dioxide is plentiful enough for plants to grow, both as a source of carbon and in retaining sufficient but not too much warmth from the sun. Elements essential for life such as sulfur and iodine are transported from land to sea in the form of volatile organic compounds (VOCs).

Many gases, which are toxic or harmful to life are removed by chemical and physical adsorption on solid particles (particulates) which ultimately fall out of the air under gravity as dust or rain. What is more, through a series of chemical reactions, including reactions with sunlight (photochemical reactions), the atmosphere is kept almost completely free of specific VOCs released by plants, it would seem to their own and wider advantage. For example, it has been recently established that on being bruised, leaves release VOC messengers (pheromones) that attract predators of leaf eating insects! Read more!

Gases and particulates arising from human activity face exactly the same processes as those realised naturally: being either photochemically oxidised and-or in forming and condensing on particulates which ultimately fall out as dust or rain. However, the sheer volume of certain ‘primary pollutants’ discharged by human activity can be hazardous in itself, as well as in generating ‘secondary pollutants’ through various reactions. Also, high concentrations of VOCs, for example, when released into the air, may ‘overwhelm’ the very low concentrations of highly reactive atmospheric cleansing agents in air, such as OH and NO3 so as to reside in the air unchanged for longer times than they would be in cleaner air.

Primary pollutants, released directly into the atmosphere, include:

Secondary pollutants, resulting from action of sunlight on NOx and VOCs, are:

A Guide To Gases Found Within Pharmaceutical & Bioanalytical Laboratories