Detecting Accelerants within Arson Investigation: The Size of the Arson Problem

According to the National Fire Protection Association, there were 19,000 intentionally set fires in the US during 2014 accounting for around 4% of all structural fires equating to more than $700m worth of damaged property. UK figures2 would suggest that more than 40% of fires in business premises and more than 20% in residential properties are intentional, whether for profit, revenge or just ‘kicks’.

But despite the fact that fire is a common, everyday phenomenon, it is a very complex chemical, physical, and thermal event.  Investigative work will focus on the ‘fire triangle’ of oxygen, fuel, and source of heat or ignition, and in cases of arson at least one of these will have been tampered with.

Arson investigations may be particularly challenging, because evidence is likely to have been destroyed in the fire or contaminated during firefighting operations.  It normally takes longer to investigate than an episode of TV programme Crime Scene Investigator CSI might suggest because there can be literally tons of debris to sift through in search of chemicals that may have been used as a so-called accelerant.

Traces of these can remain detectable even after a major conflagration. Highly-trained sniffer dogs are a traditional resource but these animals may not be available when needed or have insufficient, unsafe access.  Many accelerants are hydrocarbon-based fuels such as gasoline (petroleum), diesel fuel, kerosene, turpentine, butane, and various other flammable solvents collectively known as volatile organic compounds (VOCs). 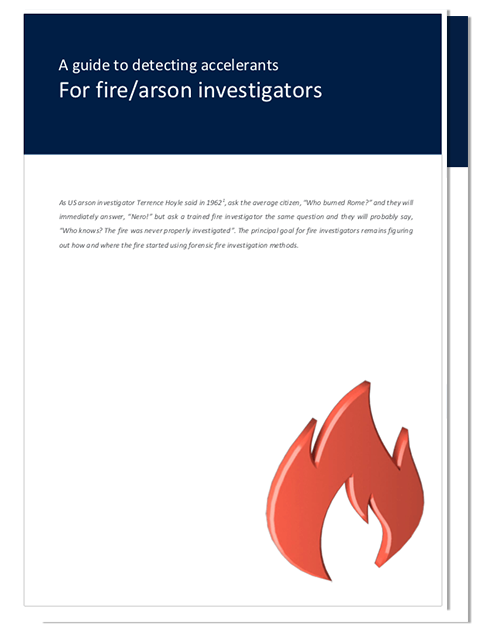 5 good reasons for using a PID for Arson Investigation