A Complete Guide to Benzene 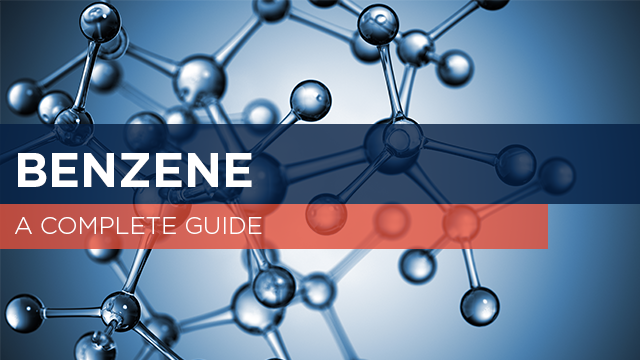 Why is Benzene so hazardous?

VOCs have a significant vapour pressure at normal ambient temperature which means they evaporate (volatilise) at low temperatures so they can easily enter the body through normal breathing but can also be absorbed through the skin or by swallowing material containing it.

The effects on worker’s health depends upon how much benzene they are exposed to and for how long and as with other organic solvents, the immediate effects of a single exposure to a high concentration (hundreds of ppm) e.g. from a fugitive process leak, include headache, tiredness, nausea, dizziness and even unconsciousness if the exposure is very high (thousands of ppm) meaning an acute safety incident.

According to the European Agency for Health and Safety at Work (EU-OSHA) 5, 15 % of workers across the European Union (EU) have to handle dangerous substances as part of their job, and another 15 % report breathing in smoke, fumes, powder or dust at work which could be hazardous to their health. The EU has brought forward essential legislation relating to so-called physical and chemical agents in the workplace over the last two decades and the Chemical Agents Directive 6 is ‘celebrating’ its 20th anniversary during 2018. In the UK, it is implemented as the Control of Substances Hazardous to Health (COSHH) Regulations 2002 and transposition across the EU has been summarised by in an informative document EU-OSHA 7.

Find out more, download our FREE Buyers Guide to 'A Complete Guide to Benzene'

Solving the Problem of Humidity